A mother whose story is told by her daughter is a popular plot that has engaged audiences forever. Bernadette is a disappearing mother who may or may not be unstable!

Where’d You Go, Bernadette? is a similar book but the daughter here is trying to find where her mother has disappeared through her emails and messages.

I picked this book for reading only because I saw a post on Instagram where Cate Blanchett was talking about the book. She is starring in the movie as the main lead, Bernadette. I am eagerly waiting for the movie, hope this pandemic doesn’t make me miss the movie.

Where’d You Go, Bernadette? ticks the boxes for two of my reading challenges.

You can follow me on my Instagram for the update for my reading and reviews here https://www.instagram.com/eloquentarticulation/

It has a cute, furry friend called Ice cream. So a book with a dog in it.

On top of it, it’s a kind of book I loathe to read. It has emails and letters in it that are read and they move the story forward.

I just dislike reading letters in books except maybe one odd that is an urgent dispatch.

Where’d You Go, Bernadette? is an epistolary novel and I have never enjoyed those.

“An epistolary novel is a novel written as a series of documents. The usual form is letters, although diary entries, newspaper clippings and other documents are sometimes used.” ~ Wikipedia.

I made an exception to this because of Cate, if she is in a movie about the novel, then it is good enough for me to read.

I was surprised with the book, I enjoyed reading it. Even though I have been woefully late for my reading updates and reviews, I will keep following the challenge.

The story unfolds so fast that I was eagerly waiting for the emails to arrive.

Bernadette expresses herself with the emails and I got a peek into her struggle to be a good mother more than the woman she was. The celebrated architect forgotten in the effort to be a mom.

The book started out with her struggle of a mom to avoid confrontation with other parents and turned into race to evade the mental asylum.

Bernadette faces changes in her life, a wake-up call for her. A challenge for her as an award winning architect, wife and mother.

The book has layers that unfold till the last page keeping it a interesting and a trip to Antarctica add to the adventure.

Both husband-wife are together but are drifting apart. Where’d You Go, Bernadette? is a study in how seemingly simple gestures can lead to bigger consequences. Infidelity is lurking behind the shadows but comes from an unlikely source.

Where’d You Go, Bernadette? is a page-turner, unique storyline and addresses the issues plaguing couples today.

This post contains amazon affiliate links that support the blog at no extra cost to you.

Bernadette Fox is notorious. To her Microsoft-guru husband, she’s a fearlessly opinionated partner; to fellow private-school mothers in Seattle, she’s a disgrace; to design mavens, she’s a revolutionary architect; and to 15-year-old Bee, she is her best friend and, simply, Mom.

Then Bernadette vanishes. It all began when Bee aced her report card and claimed her promised reward: a family trip to Antarctica. But Bernadette’s intensifying allergy to Seattle — and people in general — has made her so agoraphobic that a virtual assistant in India now runs her most basic errands. A trip to the end of the earth is problematic.

To find her mother, Bee compiles email messages, official documents, and secret correspondence — creating a compulsively readable and surprisingly touching novel about misplaced genius and a mother and daughter’s role in an absurd world. 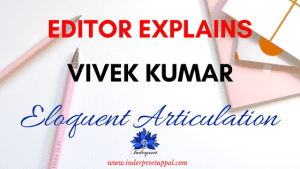