One of the best books I have read so far this year has been #TheWrongTurn Review and I was eager to understand how the authors – Namita & Sanjay created this book with its mesmerising situations, suave characters and a timeline that gave me a heady doze of nostalgia and patriotism.

Welcome to the blog!

What has been your guiding light to achieve the balance that makes The Wrong Turn a perfect blend of facts about Netaji & Azad Hind Fauj and a fictional romance? Any ideas or mantras you followed to find this balance?

Facts and fiction – all stories are a blend of them, aren’t they?

A writer chooses a specific time, a culture, a political context in which to tell a story. Maybe the only difference is that you have “real people” also appearing in “historical fiction” and so have to be more careful with your “facts”. Anyway, as I said earlier, we chose this particular span of history because it fascinated us. And we asked what could have gone wrong in Kohima? Was it politics – or that old culprit, love, which led to such betrayal? So the twin themes of love and betrayal, regret and redemption, forgetting and memory, came up as the engine of the story. I also wanted to portray the human side of Netaji and the “boys” of the INA.

I wanted to bring alive those incredible times, the tragedy of what was attempted and lost. And that could only happen if the reader “saw” those long gone historical events and characters vividly through the eyes of people we could love and hate and root for.

All the main characters are very young, barely out of their teens, caught up in the sweep of history, being asked to make incredible sacrifices. We knew people would want to know what happened to them, why it happened.

So while the history was important, we didn’t want it to be a dull, boring recounting of events. It had to be a cracker of a tale, sweeping you up in the hurly-burly of a race against time and moving inexorably to an inevitable end, reading like a thriller.

I hope it engages you and pleases you.

Thank you so much. The book is soon to be a motion picture and I look forward to seeing it onscreen. Wonder who gets to play the debonair Debraj?

My best wishes and hope to read the next book soon.

THE WRONG TURN:
Love and Betrayal in the Time of Netaji
by
Sanjay Chopra & Namita Roy Ghose 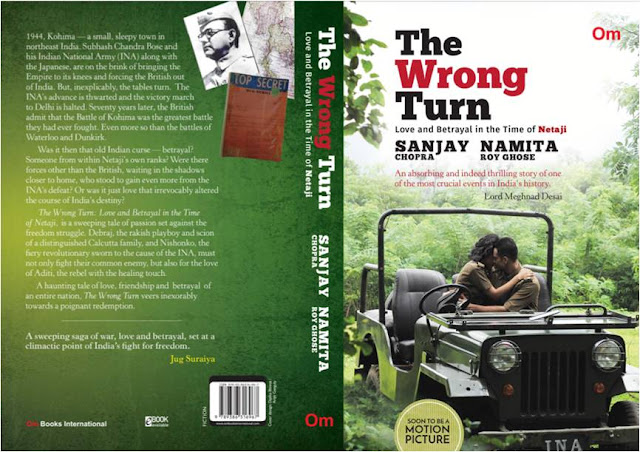 Blurb
1944, Kohima — a small, sleepy town in northeast India. Subhash Chandra Bose and his Indian National Army (INA) along with the Japanese, are on the brink of bringing the Empire to its knees and forcing the British out of India. But, inexplicably, the tables turn. The INA’s advance is thwarted and the victory march to Delhi is halted. Seventy years later, the British admit that the Battle of Kohima was the greatest battle they had ever fought. Even more so than the battles of Waterloo and Dunkirk. Was it then that old Indian curse — betrayal? Someone from within Netaji’s own ranks? Were there forces other than the British, waiting in the shadows closer to home, who stood to gain even more from the INA’s defeat? Or was it just love that irrevocably altered the course of India’s destiny? The Wrong Turn: Love and Betrayal in the Time of Netaji, is a sweeping tale of passion set against the freedom struggle. Debraj, the rakish playboy and scion of a distinguished Calcutta family, and Nishonko, the fiery revolutionary sworn to the cause of the INA, must not only fight their common enemy, but also for the love of Aditi, the rebel with the healing touch. A haunting tale of love, friendship and betrayal of an entire nation, The Wrong Turn veers inexorably towards a poignant redemption.
Grab your copy @
Amazon.in | Amazon.com |
Amazon.co.uk | Flipkart
About the authors 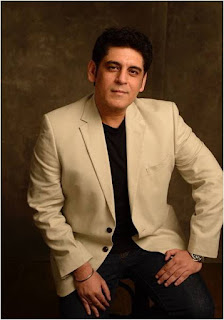 “The Wrong Turn is a story that traverses the cities of Calcutta, Singapore, Rangoon and Kohima caught up in the blaze of the Second World War. It is about the clash of four desperate forces as they come together in Kohima to vie for the brightest jewel in the crown — India. Victory will come to those who possess not just the coldest steel but even colder hearts.”
SANJAY CHOPRA is an airline pilot and author of two collections of short stories.  Said and Done and Tailspin stories . He believes that his  office forty thousand feet in the sky and his travels provide him with a view that fuels his vivid storytelling that cuts a wide arc through time and space.
His stories have won the Invisible Ink, the Millennium writers and Southport awards in the UK and USA. In the words of his readers, ‘He is a storyteller like those of the old days, yet his stories are as modern as tomorrow.
He lives in Mumbai with his wife Tisca Chopra, an actress and he is currently working on a film script and a web series. 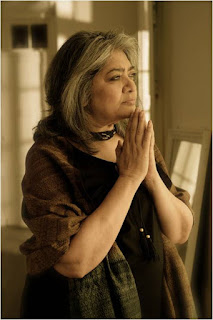 “This was a story waiting to be told. So much about Netaji was smoke and mirrors, partial views foisted on us by the British and other vested interests. Here was a man who was a personal hero, who was part of the lore of my childhood. And here was a chance to set the narrative straight – through the lens of a very human yet universal story of love.”

During a school project on ‘The most memorable day of my life’, NAMITA ROY GHOSE wrote about a Russian girl on the day WW2 ended. She got her first rejection slip from the teacher for making things up. Ever since, Namita has established her storytelling skills through her scriptwriting, screenplays poetry, fiction, legendary advertising campaigns, and as a renowned advertising film director. A Creative Director with HTA, she left after 13 years to start her own film company, White Light, one of India’s top ad film outfits. A social activist, she is the founder of Vanashakti, an NGO that works to protect the environment. Namita has done pro bono work on issues like domestic violence, child welfare, sexual harassment and forest preservation. She is an avid traveller, a photographer, foodie and teacher.
You can stalk her @

Praise for the book 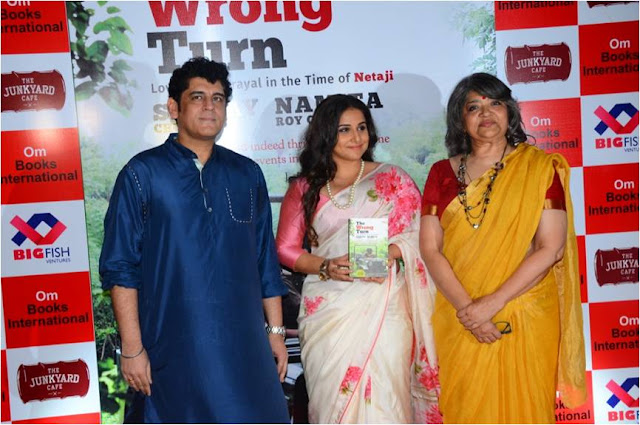 Vidya Balan:  “I like historical fiction. This one is just gripping, racing along like a thriller. I am sure people will love it and I wish Namita and Sanjay all the best for the book”.
Shekhar Gupta: “Gripping reading. This is one writer duo with story-telling imagination and uncluttered turn of phrase”.
Jug Suraiya: “A sweeping saga of war, love and betrayal, set at a climactic point of India’s fight for freedom”.
Lord Meghnad Desai: “An absorbing and indeed thrilling story of one of the most crucial events in India’s history”.
Play the game of Raffelcopter and win signed copies by the author and Amazon Gift Cards


This Tour is Hosted by