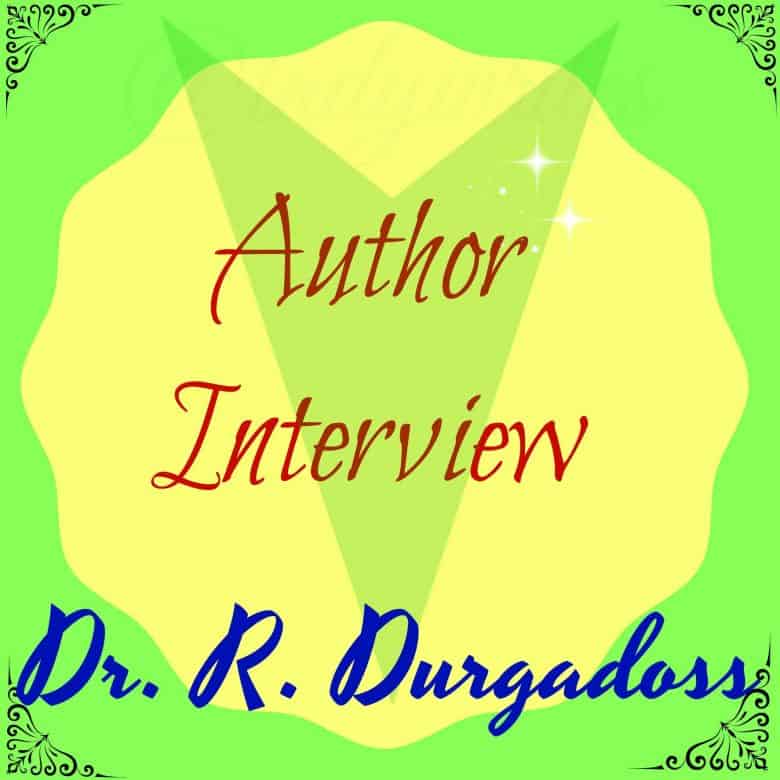 An acclaimed management industrial consultant as well as an accomplished author, I am honored to feature Dr. R. Durgadoss and #TheIndusChallenge to Eloquent Articulation. He has had  varied experience and incisive views on writing, life, and learning. A never give up attitude makes his words and books equally insightful.

‘Experience is the greatest from of Education’ says Dr. Durgadoss. He has also along with Dr. Yerram Raju, his co-author, he has penned down this book on Character driven Competence, which elucidates practical ways of ‘Winning without Sinning’. He always says ‘Momentum leaders don’t wait for the waves; instead they build their waves and ride on them’. A consistent Top Rank holder and a Gold Medallist throughout his academics, Mr. Durgadoss has had a career spanning 30 years comprising of depth from industry and width from management consultancy. He shares his insightful ideas about his book, writing and why he chose this particular challenge while writing his book #TheIndusChallenge.

The following are the triggers for my fiction writing

‘The result may crown you or crucify you on the cross. But we should focus on the roots rather than the fruits. Chase your passion, but at the same time learn to face the outcome, as they unfold.

The essence of the script:

The history captures the extraordinary performances. But many pursue their passion diligently, make a mark in the society but do not get showcased. There are unsung heroes of the history, who gave their best for their country, unmindful of the rewards. Bring them out ….

Of all the characters, “Rudra”, the protagonist of ‘The Indus Challenge’ is close to my heart.

Through the events in his life, he brings to life the following great thoughts –

Rudra brings life to these thoughts through several events happening in his life.

The cover design plays a key role in making of the book.

Once the plot is finalized, it is sounded to a team comprising of me, the author, my creative team, my media partner. From the summary of the story, key milestones are derived. Then a constructive discussion takes place within the team as to what should be highlighted on the cover – the hero, the prominent character, the climax scene or the key place where the plot occurs etc., The team discusses as to what message has to be thrown up by the cover. Based on the discussions, several options made out and tested with a core respondent team. If the message derived from respondents synchronize with the intended message to be delivered, that cover design is chosen.

After this, the colour, text fonts etc… are decided from the point of view of visibility at the shelf from a distance.

This is how the cover design is arrived out.

In non-fiction, I would unhesitatingly say it was Dr. Abdul Kalam.

“The Wings of Fire” by Dr.A.P.J. Abdul Kalam, the story of Abdul Kalam’s own rise from obscurity and his personal and professional struggles as well as the story of Agni, Trishul and Nag Missiles that have become household names in India.

On the fiction side, these several authors inspired me at different times of my life.

All of these inspired me.

The plot design, method of storytelling, the twist, and turns, all these played a role in my tilt towards these authors.

Thank you so much for sharing your wisdom with us. I am sure it will inspire and guide many writers. Best wishes for many more books.

Blurb
Bharat is in chaos. While the kingdoms fight each other, Alexander’s forces gather for the assault, their leader lured by tales of supernatural weapons and the elixir of immortality. Only one man can save the subcontinent from domination by the Greeks: the young Chandragupta Maurya, trained under the aegis of the ‘dark brahmin’, Chanakya.
When an ancient seal is found, sharing the secrets of the brahmastra, the redoubtable weapon of the Mahabharat, it is up to Rudra, young commander of the Mauryan Nava Yuva Sena and lifelong friend and confidante of Chandragupta, to decode it. Along with his fellow commandos, and with the able guidance of his guru, Rudra embarks on a quest that takes him from the snowy peaks of the Himalayas to the seas of Rameshwaram, hunting the clues that will lead him to the brahmastra. On the way, he meets the Chiranjivis, ancient beings tasked with divine duties, and learns the secrets behind his own birth and his mysterious powers.
But Rudra must be careful, for not all enemies were dispersed with the death of the mighty Alexander. Treachery lurks in the home, and when Rudra is framed for the attempted murder of his sovereign, he must pull every trick at his disposal to reveal the enemy, and save his kingdom from plunging, once more, into bloodshed and chaos.
A historical, mythological adventure story, #TheIndusChallenge is sure to appeal to readers interested in the storied past of India and the legends woven into its soil.
Grab your copy @
Amazon.in | Amazon.com | Amazon.co.uk | Flipkart
#MythoHistoricalFiction #TheIndusChallenge Historical Fiction
1
Previous Post
Next Post