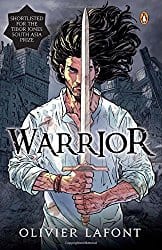 Olivier Lafont was not really on my radar looking for authors, in fact before I agreed to review his book I thought someone is pulling a prank on me asking me to review a book shortlisted for the Tibor Jones South Asia Prize!! I am so glad I did plus I want to thank +Gina Lafont of #Freebase, who was so gracious to send me a paperback too!
I did take a very long time according to my reading speed to review the book but circumstances were beyond my control and shifting my home to new city added to my reading woes. So stay tuned for plenty of reviews in the coming weeks.
When I finally picked up the book, I was amazed. The book has an excellent imagery, thought provoking storyline and a superb twist on mythology. Olivier has managed to use the very same oft used instances of the high points in Indian mythology and turn them around. The story is quite obviously stated in the book blurb but what is not is the way it progresses. How it enmeshes you into the life of Saam and his beloved Maya. A demi-god and a mortal – stuff great romances are made of. Another reason why I totally enjoyed the book was their beautiful romance. Right from the first chapter, I could relate to the niggling doubt that Saam had about his Maya; her role in the grand scheme of things. Why would a mere mortal be so important? Why would an almost god bow to her ministrations and touch? The subtle way in which Maya’s role influences Saam & how without making an obvious or vocal attempt she supports Saam for his quest make up a sweet & emotional story along the main theme of destruction and the search for a solution.
Maya is an ordinary woman, with an extraordinary spirit. We always hear the pure hearted will inherit the earth; well she is one of those. Her loyalty, concern, support and resilience make her special. Read the book and you too will fall in love with her.
The book is not just about the destruction of Earth or the End of Days but also how Love is the Destroyer and the Creator. Oliver has interwoven the duality of love so flawlessly that at times I forgot that it is a story about gods and thought it was just as much about us humans. How we exist and strive through our frailties but even the gods succumb to the same.
The name of the book suggests it is a story about wars and fighting but no this is so much more, rather when the fight happens I savoured it and rooted for my hero. Yes, Saam is the hero in all shades. He is handsome, duh! Son of Lord Shiva- had to be!! Saam is emotional, strong both in a physical as well as a mental sense, brave, courageous, very much human, caring and compassionate. The flashbacks of his past add depth to his character and frailties.
He was not always all of this; his character has the shades of grey so expertly woven into his character that we realize the reason he has been chosen for saving the planet is partly due to his genes and partly due to his character. he has an unlikely group of friends with whom he embarks on the journey to save the planet. They all serve and support Saam in his quest; all the while looking for the evil that has set forth the events of doom. What I really liked that even the frailest of the humans serve a purpose; each of characters is developed and articulate adding so much more to the story. Their support lends a realism to the story – even a demi god cannot do it all by himself.
The only bit that stops me from giving 5 stars to this book is the ending so I go with 4.5 stars. The end is what it should have been but I found the way it was brought about a bit abrupt; as if the author just wanted to stop the carnage and destruction by whatever means possible. The solution to Saam distress could be different but the author maybe wanted to show the humane side of the Demi-gods.
The characters of Fazal & Geoffrey could have had more to do in the end especially since they contributed so much to the quest. His brother Ara, the enigmatic one lived up to expectations. The love – hate relationship explored so vividly by the author as if he has delved into the mind of the half-brothers; yes he writes so eloquently!
His words, sentences, the emotions, love, happiness, sadness and guilt all of it expressed so well. After a long time, I read a book where the verse just flows with the storyline adding to the whole reading experience. The book was totally bang on! I just realized I have written quite a lengthy review but the book deserves so much more and it totally gets my vote for winning the Tibor Jones Prize and much more.
Buy @Amazon Affiliate Link

In Mumbai, driven to its knees by a merciless blizzard, Saam as Shiva’s only earthly demigod child, rides with six extraordinary companions into the horror of a crumbling world to face Shiva.
He is forced to join hands with Ara, his half-brother he can never fully trust and take with him his own mortal beloved, Maya, interweaving mythology, epic adventure and vintage heroism, this enthralling novel will change the way you see gods, heroes and demons.
ABOUT THE AUTHOR

Olivier Sanjay Lafont is a French actor and author living in Mumbai, India. He has acted in Hindi feature films such as blockbuster hit 3 Idiots and the critically acclaimed Guzaarish, as well as over 80 television commercials for top Indian and international brands. He has written the screenplay for the award-winning feature film Hari Om. He is also a regular columnist for MW, a gentlemen’s monthly magazine, and for Men’s Health magazine.

Olivier Lafont is the son of Dr. Jean-Marie Lafont, an award-winning historian and author. Olivier Lafont moved from his hometown Lyon to New Delhi at the age of 7 and attended the American Embassy School. He made the Academic Honor Roll throughout, was inducted into the National Honor Society, and graduated with the biggest scholarship offer from a university to an AES student in more than twenty years. He was inducted into the International Thespian Society, and received four Ganesh awards for lead and supporting lead roles in various theatre productions. Lafont played varsity basketball for AES, winning two championships and remaining unbeaten for two years, and was named an All-Star for both tournaments.
He went to Colgate University on a scholarship, where he received bachelor’s degrees in Theatre as well as English Literature. Lafont earned a theatre fellowship for his acting, made the Dean’s List all eight semesters, graduated magna cum laude, and was inducted into Phi Beta Kappa. He returned to New Delhi after graduating and acted in several professional theatre productions. Lafont moved to Mumbai in 2002 to write the award-winning feature film Hari Om.
A native French and English speaker, Lafont taught himself to read, write, and speak fluent Hindi. He is also proficient in Spanish.
Lafont’s novel Warrior was published by Penguin in November 2014.

(I got a copy of the book for review from Gina Lafont; the views expressed are my own)
#warrior #oliverLafont book review historical romance mythology
3
Previous Post
Next Post