Dimple let out a thankful sigh with a little prayer as she sank on the bed. Finally, she had a moment of peace. It had been another of those days where everything seemed to pile up. Right from morning, it had felt that everyone around her was either dumb or plain stupid. The milkman had mixed the milk packets, the maid had broken a porcelain bowl and Nikhil had left without breakfast.

She stretched her weary arms and tried to push out the pain she felt in her shoulders. She had to still do the laundry but she needed a breather right now. Slowly, she got up hoping to get a cup of tea before she started making lunch.

As she reached the door, she stopped and turned looking wistfully at the bed. She smiled as she saw the tiny shoes. She wanted to take them off but she resisted. Soham looked blissful as he slept cooing softly and she needed some peace and quiet.

She moved to the kitchen and prepared her tea. She chuckled as she thought of how Soham had refused to take them off since morning when Nikhil had made him wear the red boots just before he left.

Let his father sort it out, she thought as she poured her tea, reminding herself to click a few pictures for memories.

The prompt for today is “Tiny Shoes”.

Blog-A-Rhythm is proud to present BAR-A-THON, the week-long blogging marathon for bloggers everywhere! Yes, that’s right. A whole week of blogging, keeping in mind the fact that the more we write, the better we get. 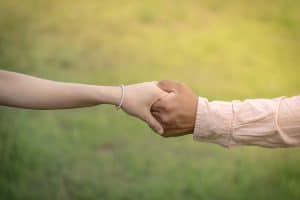