THE SECRET OF GOD’S SON by Usha Narayanan #TSGS

THE SECRET OF GOD’S SON
by
Usha Narayanan 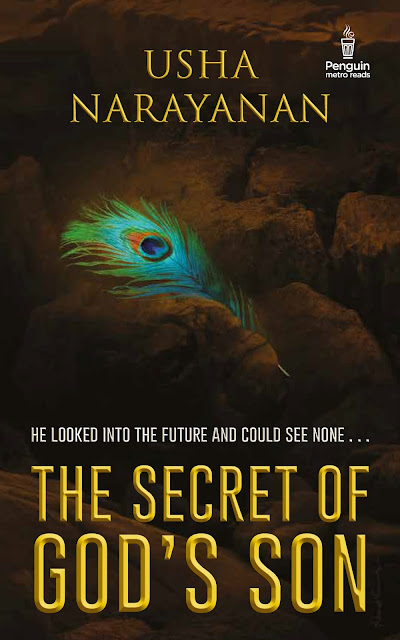 With this cruel curse on Krishna, Queen Gandhari plunges mankind into the unspeakable evil of the Kali Yuga.
It is up to Pradyumna to try and reverse the dire prediction. To journey into terrifying realms, confront Yama and Shiva, and to vanquish the Kali demon. In order to do so, he must shed all that holds a mortal back—his arrogance, his fears, his baser instincts… He must lead his people out of the swirling vortex of greed, disease and misery. And there is one powerful weapon still…the secret surrounding Pradyumna’s origin.
Will he uncover it in time to fight off the cataclysm?
In the answer lies the destiny of all humanity!
Grab your copy @
Amazon.in | Amazon.com | Flipkart

Win the Game of Rafflecopter and win 3 prizes of  Fab India Gift Card worth Rs. 1000 INR 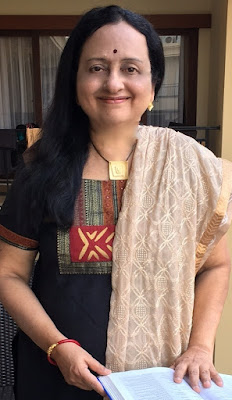 USHA NARAYANAN
Usha Narayanan had a successful career in advertising, radio and corporate communications before becoming a full-time writer. She is the author of The Madras Mangler, a suspense thriller, and Love, Lies and Layoffs, a light-hearted office romance. The Secret of God’s Son is the sequel to her bestselling book, Pradyumna: Son of Krishna, which was published in July 2015.
When she’s not juggling travel, writing and interviews, Usha reads everything from thrillers to romances, provided her cat isn’t fast asleep on her Kindle. She would love to hear from her readers here: [email protected]
You can stalk her @
Website | Facebook | Twitter

Media mentions
Praise for Pradyumna: Son of Krishna:
“Usha Narayanan has taken a quantum leap . . . to the outright spine-tingling narrative from the leaves of a time before. This book is Indian writing coming of age” Femina
“Like the best of our mythological tales, this too, is a multilayered one . . .There is valour, there is cowardice, there is glory, there is shame, there is sex, lies and deception” The Hindu
“This engrossing tale takes readers on a mythological saga” Times of India
This Tour is Hosted by