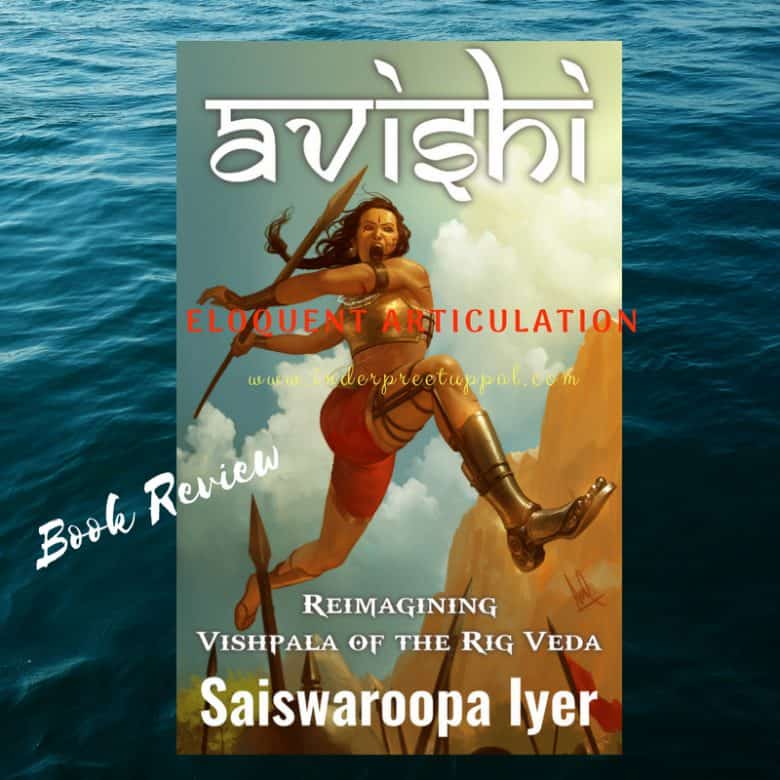 Avishi: Vishpala of Rig Veda Reimagined, is a warrior, a young girl who is an orphan but is adopted by rishis and taught how to fight. She is extremely good at fighting and this is her story, what adversaries she faces, her challenges and her love. The biggest one is of losing her leg, her life as an amputee and her being the first woman to fight in a war with the prosthetic leg. The book makes an impressive stance, the initial fight sequence of a tiger with a woman and the various fights of Avishi kept the interest going. The mock fights were also well depicted. She is the warrior queen with an artificial leg. This book explores the long forgotten time of the ancient Rig Veda. It is a commentary on the simple lifestyle, the society as it is changing, trying to adopt marriage, as a rule, learning new techniques in metal forging and discovering new medicinal advancements.

Khela is an evil, despicable king who is out to expand his kingdom and sets his sights on Naimisha, Ashtagani and Avishi. She must fight him and save the Ashram and the republic.

Satya is a doctor, a healer who is also her mate and the one who fashions the ‘iron leg’ for her to wear in the fight against King Khela. She has her friends who support her in this fight. The king is not only waging a war but he is doing so by crippling the economy, depriving them of resources and leaving nothing for barter.

The economic and political aspect is etched well, the fights and skirmishes are well-written in Avishi: Vishpala of Rig Veda Reimagined. It was easy to imagine the forests, the ancient city and ashrams as written by Saiswaroopa. The language was reflective of the times and the activities explained well. I only found the language could have been better if the typos and errors were avoided. The reading experience would have been even better since the author has been able to immerse us into this ancient world in spite of this.

The story has many topics explored—the medicines and technology needed for curing leprosy, forging and metal limb, the metallurgy involved. The unique concept of marriage, the barter system, the outlaws and their progeny as well as the ashram life. Many could have been explored further.

I found the character of Avishi a trendsetter, a woman ahead of her time. Such were the men and women who made changes in the society. She was an icon and I appreciate Saiswaroopa writing about strong women characters. Abhaya, Avishi and now her new release Mauri are all stories of women of substance.

The outlaws and their support was also another aspect of the story that I enjoyed. The story is set in the ancient times but many of the issues discussed are relevant even today. The economic domination, the subtle submission of smaller settlements and destroying the native economy are all issues we face today.

The author created an ancient society, a civilisation that made reading the story of the warrior queen very interesting while giving a glimpse into our origins. Mythology and fiction make good companions in Avishi: Vishpala of Rig Veda Reimagined.

[bctt tweet=”Avishi faces her adversaries, her challenges and her love. The biggest one is of losing her leg, her life as an amputee and her being the first woman to fight in a war with the prosthetic leg. #MythoFiction” username=”indywrites”] 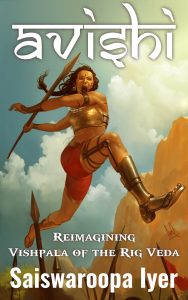 Long before the times of Draupadi and Sita.
Immortalised in the hymns of Rig Veda.
But forgotten to the memory of India.
The Warrior Queen with an iron leg, Vishpala.

Brought up in the pristine forest school of Naimisha, Avishi reaches the republic of Ashtagani in search of her destiny. When Khela, the oppressive King of the neighbouring Vrishabhavati begins to overwhelm and invade Ashtagani, Avishi rises to protect her settlement, but at a high cost.

Separated from her love, her settlement broken, with a brutal injury needing amputation of her leg, can Avishi overcome Khela?

If stories about ancient India, especially those with strong women characters interest you, then Avishi is a story you must read!