The Maid’s Room by Fiona Mitchell 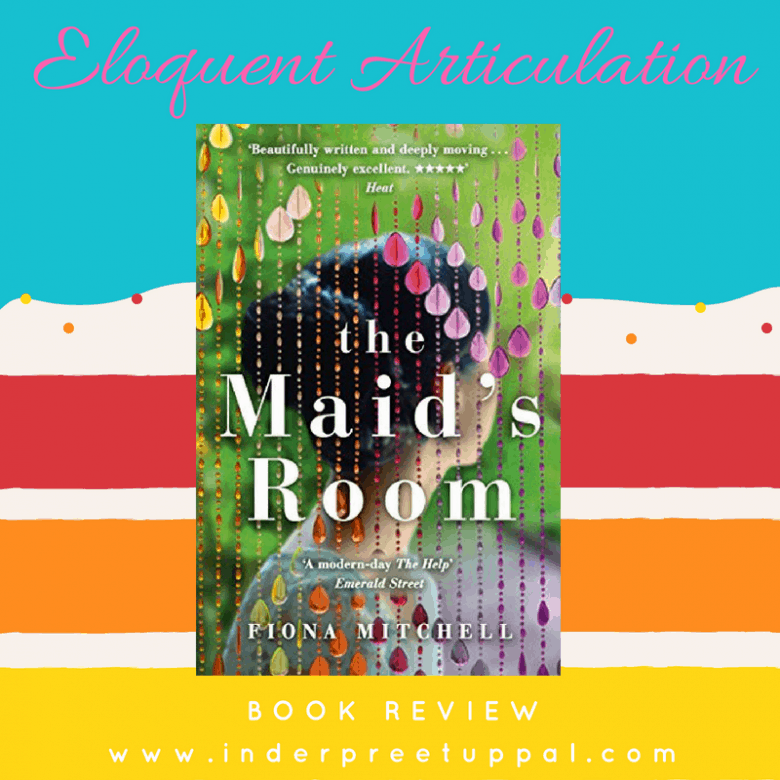 The human nature looks for comfort yet it denies this basic right to the ones who serve them. The Maid’s Room explores the lives of the housekeepers, through the eyes of two maids. It tells the employers point of view and that of the maids as well. It is a straightforward story but delivers a much-needed message. Maids are human as well, even though it might be forgotten by most employers. The book doesn’t say that all the employers are bad or unkind but it shows what the majority of the maids are facing—discrimination, abuse and no basic amenities.

Singapore is a bustling metropolis with the best facilities and opportunities and has more than 2 lakh maids employed by the locals and expats. The Maid’s Room is the story of two maids, sisters, Dolly and Tala working there and their lives in the country. How they are kept by the employers, where they stay, how they work, why they are maids and the attitude of their employers. They are treated as disposable, replaceable, even sexually objectified as mere objects. Living in unventilated rooms without the bare necessities, taken for granted and not even given food on time. Passports confiscated and threatened at every step is the norm for these maids.

It is a battle of wits as well with Tala writing a blog called ‘Maidhacker’s Blog’ to refute the one run by a vindictive employer, called, ‘Vanda’s Blog’ who uses it as a medium for warning prospective employers against their maids, ‘Life as the Employer of a Foreign Domestic Helper’ and almost trolls the maids. Tala writes her blog in anger and to share their side of the story.

Dolly is the beautiful one, pretty and efficient and yet faces abuse, distrust and slander from her employer. Tala is the tough one, working herself to the limit, strong, outspoken and supportive of the other maids who cannot do anything in the face of their troubles.

The novel moves along with the blog posts by Vanda and Tala along with the lives of the sisters. Children throwing tantrums, parents dumping everything on an already bone-weary overworked maid, mothers ignoring their kids and their needs. Maids used as servants who are no better than slaves is the crux of the story. It is not just one maid’s story but all of them.

The Maid’s Room shows that there is light at the end of the tunnel for these women but not all are so lucky. Even though all the maids were shown in a positive light I am sure there have been cases where they have been wrong. Similarly, not all employers can be unjust and mean but such instances are far and few but such is life. The book has excellent narration and moves very fast within a story of a few months the author has managed to express so much. A little bit of flashback to set things in perspective made me more involved in their lives.

The characters of the employers and their husbands are well etched making them almost familiar. Humans and their frailties all come through in this book. The descriptions are so real that I could feel the stuffy room, the humid air and the roads filled with bougainvillaea. I had visited Singapore a few months ago and I loved the city, its ambience, the fun, youthful vibe but now I realise I did saw a lot of maids who I thought to be the natives. Malls, parks, gardens, even the local shops but now after reading the book, I see it all in a different light.

The book ends on a positive note reminding us that good things happen, change comes when we talk about it, work for it speak out. The Maid’s Room is a strong statement for the rights of these maids—second class people in a first class country. All efforts, big or small add up for bringing a positive change.

Read it and you see so much more than just a servant or maid the next time someone serves you. There is no greater work than working with our hands and we must respect that always. We all know, the difficult tasks, the time-consuming work is all delegated, we just supervise and enjoy the fruits of their labour, no foul if they ask for a weekly off or a decent meal.

I had won a copy on Damyanti’s blog and author Fiona Mitchell was kind enough to send an author signed copy from Singapore all the way to India. Thank you!

The Maid’s Room: ‘A modern-day The Help’ 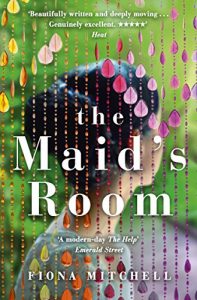 ‘This is where she sleeps. A cupboard. A bedroom. A windowless box.’

Sisters Dolly and Tala have never felt further from home. In the blistering heat of Singapore, they spend their days enabling ex-pats to have lives they could never afford for themselves.

Even though she has little freedom, Dolly can just about live with her job if it means she’s able to support her beloved young daughter back in the Philippines. One day – if she’s lucky – Dolly may even be able to go back and see her.

Tala, however, just can’t keep her mouth shut about the restrictive, archaic rules maids are forced to abide by on pain of deportation. She risks everything to help her fellow maids, who have struggled to have their voices heard for far too long.

In a world where domestic workers are treated so poorly, The Maid’s Room explores how women can come together to change each other’s lives, and be the architects of their own futures.

‘A modern-day The Help‘ – Emerald Street

‘It’s a book to read and then read again.’ The Book Bag

‘I loved The Maid’s Room with its exquisite writing, married with a shocking and powerful story line that had me gripped and moved until the uplifting conclusion.’ Katie Marsh, author of A Life Without You and This Beautiful Life

‘A beautifully written and deeply moving novel . . . crafted with a mixture of grim detail, dark humour and poignancy, at times it’s hard to believe that this book is a work of fiction. Genuinely excellent. *****‘ Heat