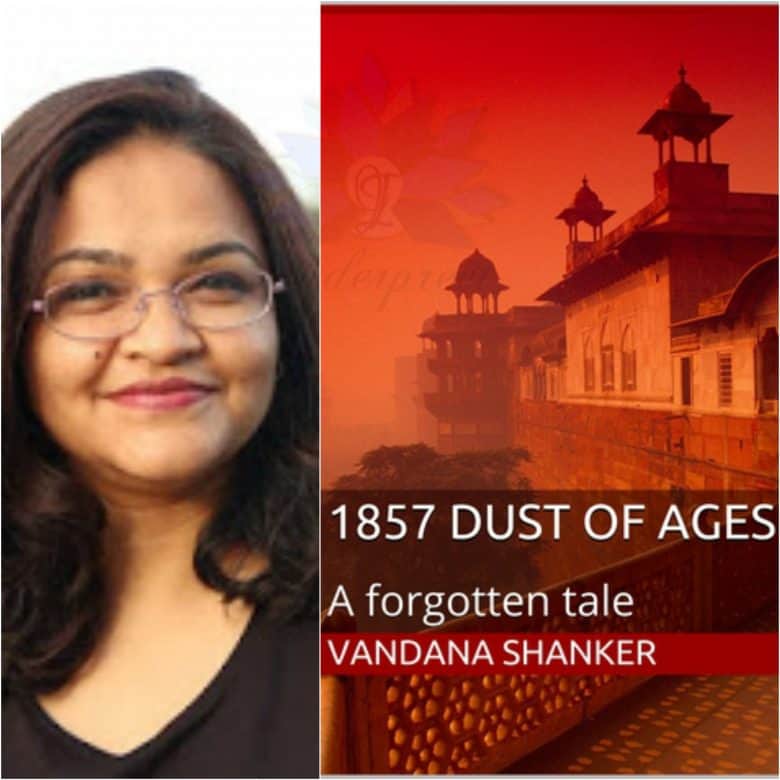 1857, the date conjures up a time of awakening and unrest for India and when I found that it is a romance based on that era between an Indian princess and a British officer I was eager to read it. The mystique and allure of the royal bygone era were a big reason I signed up to read this book.

The author has very cleverly moved the story between past and present as Shiv unravels the story through some old letters he has found. He is pulled into the old story to search the archives and history of the town of Navgarh. It is as if he feels connected to the tale even as he tries to unravel the mystery with a sense of detachment.

Most of this book is about the background and introduction of the various characters. The story is fast paced as the characters and the turbulent times of the bygone era are shown. The Britishers, their interaction and behaviour and the mistrust of the Indians – all comes through clearly in the book. I got so involved in it that I read it late into the night.

Meera, the feisty princess and Richard, immersed in the local culture are attracted to each other yet are trying to be aloof. The book has the beginnings of their adventure and how Shiv plans on finding the hidden, forgotten story with Ruth. For me, the book finished quite abruptly with a lot of suspense hanging as if in reality I had found the papers and was wondering how to know more. It could have been longer and given more details of what is going to happen but for that, I need to read Vol 2.

It is an interesting story, a different read with the all the elements of a good read.

1857. The rebellion erupts in India. Despite its attempts to stay aloof, NAVGARH, a small town near Delhi, is drawn into the conflagration. And at its heart are Princess Meera and Captain Richard Smith, with their strange alliance made for the throne of Navgarh.

2016, Shiv Sahai, a young Indian art historian and Ruth Aiken, a British scholar discover an excerpt from the journal of an anonymous British soldier, searching for his wife in the chaos of 1857 Delhi. As they begin investigating the scandal, they become aware of the vague rumours that are told in the bylanes of Navgarh – about a princess who married a British soldier to save her kingdom.

I regularly publish book reviews on my website/blog, drop me an email at [email protected] if you are an author/publisher and want me to review your work.