The Last Avatar (Age of Kalki #1) by Vishwas Mudagal 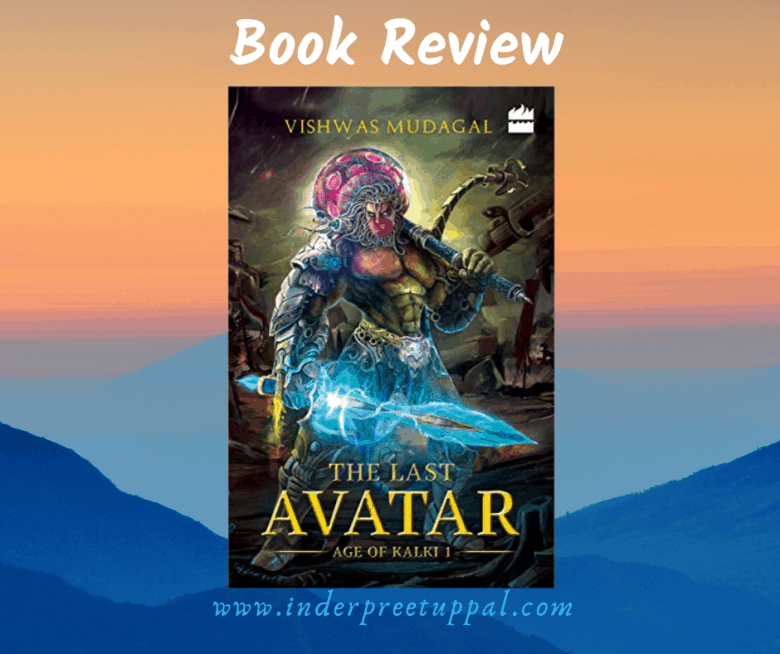 The Last Avatar – Age of Kalki is a mytho-science-fiction that is the first part of a trilogy. It tells the story of Kalki who is supposed to come on this earth and end the evil times or the Kalyug. That it will need human help is obvious and already there is a mysterious hero called Kalki that seems to be doing a good job.

The book opens with a bang—with bombs, rockets and gunfire as a group tries to get their hands on some ancient texts. This also introduces the image on the book cover. He is the real or mythical Kalki in the image of Lord Hanuman, the monkey god and warrior-soldier. Whether he is real, a myth, or a fantasy or really have the gods descended remains to be known. The book then moves to China as we learn of a heinous plot that hope to enslave the entire world with help from the unknown, unseen super villain, The Invisible Hand. The focus is on a simultaneous attack on various countries including India that cripples and causes anarchy.

The characters in The Last Avatar – Age of Kalki are detailed yet mysterious. Even though we are given full details about Neel or Kakli the boy who is seen as a saviour. Arya, the super sleuth who is always on Neel’s mind. Nushen, the goddess who is a bio-engineered human yet there is so much more we wish to know. Gen Jian, the tyrannical leader of China who follows Genghis Khan and aspires to be like him add a realistic yet futuristic feel to the book. I can actually find incidents in real life inspiring the book and that made it an interesting and fast read. General Ramsey, Tiger, Professor Vati, and Prime Minister Acharya, make it a well balanced cast. Even the minor characters make their presence felt.

The Last Avatar – Age of Kalki seamlessly merges the ancient Mythology with futuristic science fiction. The a company that made the drones and gadgets to secure the borders. The Chinese secret labs that make superhumans and the school where Neel and Tiger and Arya study and the various labs make it a futuristic yet believable backdrop for the book. Even though the book is heavily into science and mixes it up with myths and ancient history. It celebrates India with its heritage and age-old wisdom and traditions.

The book is a page-turner yet it ends on a cliffhanger. The real Kalki is revealed as are the mythical creature we saw in the opening chapter yet it leaves many more unanswered questions. The final pages have the various ‘Scriptures of the Gods, which were an interesting read and I am sure a prelude to the future adventures in the next book of this series.

Still The Last Avatar – Age of Kalki leaves the reader wanting more. It is like the tip of the iceberg, I want to know about the enemy, I want to know what happens in China and to the eternal Nushen—that part was a bit of a letdown since this book finished without telling anything about her. There are many questions and the next book is eagerly anticipated.

The Last Avatar – Age of Kalki

In the not-so-distant future, India has fallen, and the world is on the brink of an apocalyptic war. An attack by the terrorist group Invisible Hand has brutally eliminated the Indian Prime Minister and the union cabinet. As a national emergency is declared, chaos, destruction and terror reign supreme. From the ashes of this falling world, rises an unconventional hero – a vigilante known only as Kalki. Backed by a secret society called The Rudras, Kalki, along with Nushen, the Chinese superhuman spy, must do the impossible to save his and the world. But who is Kalki? A flesh and blood crusader with a mysterious past? Or the Messiah the world has been waiting for? The future of human survival depends on a single man. Will he become the living God prophesied as the last avatar of Lord Vishnu, or will he fade away as an outlaw?

Note: This review is commissioned by the author, views are my own.