By Inderpreet on Monday, January 11, 2016
I read this book nonstop! Yes, it is a fast paced romance and things just fall in place as the story progresses. The first chapter itself grabs the attention and then I just could not put the book down. The need to win and the need to stay independent and not at someone’s beck and call surfaces time and again making it a read full of sparks flying and ego’s getting bruised!
The handsome, self assured and a bit snooty hunk Samir, a prince no less finds himself attracted to the buxom beauty Sabrina and he goes all out to pursue or rather court her, only she finds him relentless and is looking for excuses to avoid him knowing full well that she is out of his league!
The sparkling, shiny chemistry made the book so easy to read adding to the spontaneity of the conversations add to the charm of the book. The authoritative manner in which Samir dictates his plans and views on every one including Sabrina compelled me to read too!
The heroine is no walk over, in fact the main reason he falls for her is the fact that she sees him as just a man; a hunk, desirable, sexy and powerful man. He too finds her to be extremely feminine but full of grit and determination and slowly he appreciates her independence and hard work. That she forgets her priorities when he is around is another matter. A lot of typical stuff going on but it works because this is what we associate with such characters. The hero tries his best to understand Sabrina, making her fall in love. How they finally get together is the fun part.
I found the tale true to its name, genre and story line – exactly what I expected from a romance. Pick this one for a flirty, fast and fun romance read.

(I got this book as a free download at flipkart ebooks, the views are my honest views.) 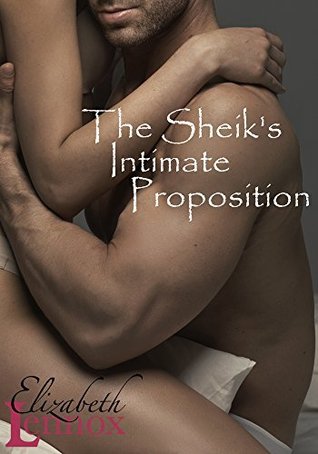 Sabrina’s life is hard work. When she’s not performing her myriad duties as The Gregorio Hotel’s youngest Assistant Manager, she’s working on her law degree at Georgetown University. There’s little time (or money) for leisure, but that’s okay with her. Sabrina is driven to succeed despite her disadvantaged upbringing. When a new VIP checks in to the hotel’s ridiculously extravagant and expensive penthouse suite and the manager is out, the task of his personal welcome falls to her. What should have been a simple meet and greet takes an unexpected turn towards something much more personal! Equally unexpected is the reaction she feels deep down for this tall, dark, and handsome stranger. How can she avoid offending this important guest, earning the ire of her boss, and still not compromise herself personally?
For Sheik Samir, official management welcomes are yet another tedious and perfunctory activity. Of course the manager will provide anything he requires – what else? But the petite blond beauty that approaches him is anything but expected. He is intrigued as much by her appearance as her straightforward manner – with none of the deference that he is used to from those that serve him. Samir’s interest only increases as Sabrina attempts to politely refuse him. He is certain that she underestimates both his will and his resolve!

Elizabeth Lennox has published over 40 romance novels. From her frequent travels around the world, she has used several of her favorite locations in the United States, Europe, and the Caribbean as backdrops for her stories. Recently she has published the Sisterhood trilogy and the Atracelli Series
Ms. Lennox lives in Virginia just outside of Washington, D.C
http://www.elizabethlennox.com/
#romance #fiction book review contemporary fiction contemporary romance. fiction hot romance
0
Previous Post
Next Post