GOD & HIS GIRLFRIEND by Priyank 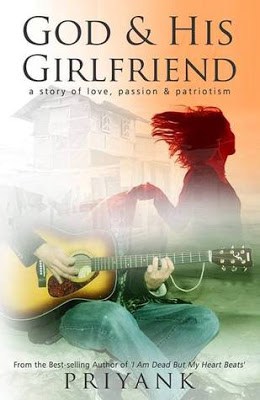 
Have you ever met a pretty girl in a suspicious condition with blood stained hands lying in a hotel room where you are staying in?

Can a love story see its acceptance in the Indian society when the boy is from slums and the girl is born in a rich family?

How many of you have met those girls who were molested by their known ones when they had not even crossed the age of 14? Isn’t forced and unwilling sex after marriage similar to a rape?

Whether the prayers offered in love strong enough to bring back someone’s lost beloved from PoK?

How many of you know a person whose deeds are completely ideal, something which only a God can do?

Whether religion, caste or community should really be a parameter in deciding the hierarchy and dominance of people living in this world?

God and his girl-friend is a mercurial story about two youngsters, from entirely different backgrounds who strive hard against their comfort to live with their passion. A boy from the slums and a girl from a rich lavishing family set out on an embarking journey to touch the moon. This takes them through many tests, eventually tying them up in love, followed by an unforgettable service to the nation as true stalwart patriots.

You can buy the book @ 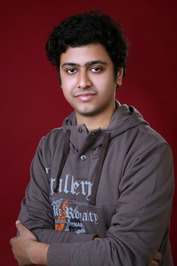 ‘The HINDU’ calls Priyank’s books, which has stories inspired from real life to be perfect in portraying the power of love.

Bollywood film maker Imtiyaz Ali conveyed his words to Priyank at a literary event in Delhi that he could see Priyank emerging out as a potential story writer from his city Jamshedpur.

He completed his Engineering from BIT Sindri, Dhanbad in 2015. He has delivered story telling sessions and motivational talks across many organizations in a short span of one and half year. He is the founder of Embellish India, a start-up he kicked off while in college. Currently, he works for a Delhi based funded start up after resigning from his first MNC job at TCS.

Born in Amethi (Uttar Pradesh) on 29th October, in a Maithil Brahmin family and brought up in Ghatsila (a small town near Steel city Jamshedpur in Jharkhand), Priyank’s dream is to bring changes in the country and make it a better place to live in. Writing was never his passion nor his goal. It happened to him by chance, by destiny, in an attempt to fulfill someone’s dream. He loves cricket, travelling, sleeping and trying out new delicacies.