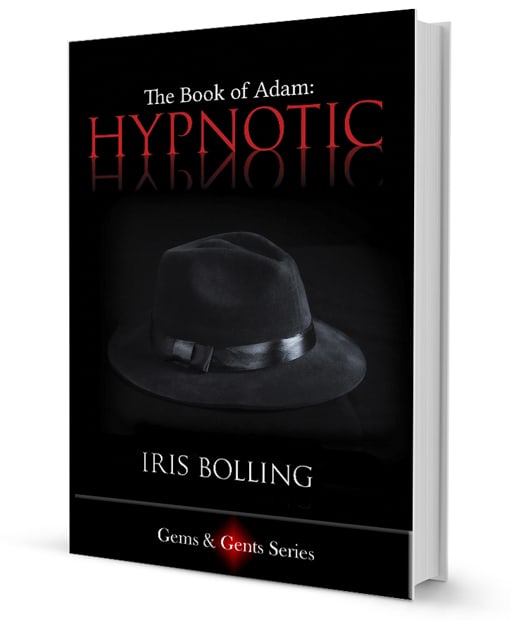 Dr. Adam Fitzgerald Lassiter has Masters Degree in Biometric Engineering and Nuclear Engineering and let’s not forget his Ph.D., in Chemical Engineering. With several inventions under his belt, the tall, dark, intelligent, and definitely uninhibited, Adam Lassiter has his life figured out. He is on his way to becoming an FBI agent. He is determined to step out of the shadow of his larger-than-life older brothers. The problem…there are those who are willing to kill for his latest invention.

Deemed a medical genius early in her career, the sexy Dr. Amber Nicolas feels her life is finally on track. She has accomplished a lot in her young life. Now, she feels that something is missing, that feeling of contentment from being held in the arms of a loving man. So she asks God to bring her the Yin to her Yang; the King to her Queen, the Clyde to her Bonnie…you get the idea.

In walks the man who kidnapped her dreams years ago…Adam Lassiter.

Within 48 hours of the two officially meeting, there are three murders, an attempted kidnapping, and the takeover of a small country.

“Allow is such a speculative term. Have you ever heard of doing something then asking permission later?”

“No. I have always been told you ask permission first.”

“You must live a very sheltered life.” Adam smiled. “Where is the adventure? Living that way makes a person so predictable people know exactly what to expect before you even do it. I find that life is more interesting when people have no idea what you might do next.”

“Living life that way puts your world in turmoil. There are no controls, no accountability, no limits.”

“Why should there be limits? Each day God gives us a day to find our purpose for being on this earth. I say we should live it to the fullest. As the old adage says tomorrow is not promised. Go for the gusto while you can.”

“That is an immature way of looking at things.” Amber sobered. “There has to be structure in a person’s life. And while you say it’s being predictable to live within one’s limits, I find it being dependable. People know what to expect from you. It’s clear that you can be counted on when needed.”

Amber’s defenses rose. “Yes, I am and very proud of it.”

Adam suddenly came to attention; he saluted her with his hand. “Yes, ma’am,” he laughed. “I bet you have a daily regimen, don’t you? Get up at six in the morning. Dressed and showeredby 6:30, breakfast by seven, in the office precisely at 7:30. Am I right?”

For a moment, the routine Amber always looked at as a good quality suddenly felt dirty. She should get off the subject. “I get up at 5:30, dress, take a run and I am back home by six. I shower, get dressed for work and I am out of the house at my office no later than 7:30.” She frowned. “You make it sound like being dependable is a dirty or bad thing. I look at it as being an adult. Allow me to correct that – a responsible adult.”

Adam leaned back against the counter top, folded his arms then tilted his head to stare at her. “Where is the time for your man to make love to you in the morning so that you are full of energy and awareness of your sexuality each day?” He took a step towards her. “What about lunch time when your man has an unquenchable desire to hear you scream his name in the middle of the day?” He took another step towards her. “What about at night when dinner is on the table, the candles are lit and the dessert your man wants is between your legs rather than on the plate? When does your way of living allow for a gentle kiss that leads to hours upon hours of sexual satisfaction? Do you have time in your schedule for that? Or does that have to be timed and placed on a schedule as well?” He stood a mere breath away from her. “Where is the spontaneity, the building fire, the lingering desire, you know the normal reactions between a man and woman?”

Amber was visibly flustered by his words. Her breathing increased, her eyes widened, beads of perspiration formed right above her lips as if a flame had just been struck under them. She stepped back until her desk blocked her escape. Slowly her eyes rose to meet his. They really were beautiful. Or can a man’s eyes be classified as beautiful, she thought. And his lips, they were thick, smooth, suckable lips. And they had the nerve to be calling out to her. As if on command, her tongue involuntarily snaked out to coat her lips.

Adam watched as her tongue glided slowly across her lips and smiled. “I think I know the answer.” His eyes held hers. “You haven’t met a man who would make you want to throw all your schedules and controls out a window just to have a taste of him.” His lips brushed against hers with the lightest touch. It was the jolt he felt that forced him to pull back. The intensity to cover her lips with his did not dissipate. The heat rising between them had increased to an unbearable temperature. He knew she felt it too. But this wasn’t the time or place to act on what he was feeling. “One day soon, you will know that feeling.” He stepped back and resumed his stance against the back counter.

Award winning author, Iris Bolling, has always had the dream see her characters on a larger platform. After years of dreaming, she decided to put her faith to work. She consulted with a few friends, family members and fans and devise a plan to put her vision to action. She took the bull by the horn by placing her own money to use primarily for the funding of the first season of The Heart Television Show. She also had super fans who contributed their money and time to assist her in realizing her goals.

No, Bolling is embarking on the launch of season two of The Heart Television Show. She along with Judith Wansley and few faithful fans and supporters are making season two a reality.

“No longer can we artist, stand back and wait for others to validate our work. It is time we create vehicles to showcase the diverse talents of people we know.  We need to invest in our own dreams and assist others along the way, “remarked Bolling.

Ms. Bolling will be the first to tell you that the process of writing, filming, and budgeting is not easy. However, the rewards easily outweigh the obstacles. Her Company Siri Austin Entertainment, has been able to train and hire people to perform technical and artistic jobs behind and in front of the cameras. Giving artist of all mediums to have a voice.

The actors of The Heart Television Show are constant supporters of the project. Actor Tommy Ford, from Martin Fame, portrays Avery Brooks, a prominent Civil Rights attorney, along the lines of Julian Bond

“My character is a loving father and husband, who has a commanding presence! However, my family has been divided for several years. In season 2 of The Heart, my son James turns to me for guidance. I see this as an opportunity to not only give my son the direction needed in his professional life but his love life as well. Feeling loved and needed by my son is more rewarding than any business success that my character has ever accomplished!”

New actress Erika Lee is still reeling from the love she receives from her character, Ashley Harrison. “Playing the role of Ashley Harrison was literally a dream come true. Anybody who knows me knows my character and I are very similar.  It was such a joy and so easy for me to connect to her character. She is feisty and fierce yet compassionate and loving. I feel like every woman around the world can someway relate and enjoy her role in The Heart TV series.”

Season two revolves around the lives of a political game changer, James Brooks (Mark Vincent) and his captivating, sassy love interest Ashley Harrison (Erika Lee). The drama unfolds when secrets, lies, and violence erupts to destroy their lives and love. The show will air on MyTV Richmond, Fox Richmond for six weeks on Saturdays at 10:00 p.m., starting March 19, 2016.

Iris Bolling’s published her first novel, Once You’ve Touched the Heart in 2008. This self-published work was the first of the five additional books to complete the Heart Series. The popular Heart Series has captivated the hearts of readers and awarded Iris the Emma Award as Debut Author of the Year in 2010.In May of 2011, Iris introduced a new cast of characters in her in Night of Seduction Series. The second book in the series, The Pendleton Rule was reviewed in USA Today and received, the 2014 Emma Award for Suspense of The Year.

In 2012, she began the Gems & Gents series with her novel Teach Me, which generated an importune shoe contest on Facebook that spanned the international waters. It continued with the release of the very popular Book of Joshua I and Book of Joshua II. The series has earned Iris several awards including 2014 Hero of The Year and 2015 Heroine of The Year.

The beginning of her third series, The Brooks’ Family Values, was introduced in her novel Sinergy in 2014, followed by book 2 Fatal Mistake and Propensity For Love, both released in 2015. Propensity For Love was awarded the Villain of The Year honor and has been nominated for several 2016 Emma awards.

Iris received the honor of being named Author of The Year twice since the inception of her career, 2012 and 2014.

In 2014, Iris stepped into a new venture geared towards bringing books to film. She produced The Heart, a television series based on her popular novels. Season two will air in the spring of 2016.

Adding more to her resume’ Iris is now doing quest-speaking engagements to share her experience and to encourage others to follow their dreams.