Kalki Krishnamurthy’s Ponniyin Selvan is a masterpiece that has enthralled generations of Tamil readers. Many authors have written phenomenal books in Tamil literature after Kalki Krishnamurthy, but Ponniyin Selvan remains the most popular, widely-read novel. It has just the right mixture of all things that makes an epic – political intrigue, conspiracy, betrayal, huge dollops of romance, infidelity, seduction, passion, alluring women, unrequited love, sacrifice and pure love. 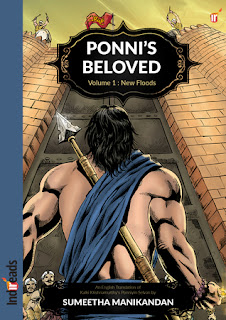 “I have brought important information for all of you. That’s why I asked the noble Sambuverayar to invite us all here. Maharaja Sundara Chola’s health has been steadily deteriorating. I secretly asked our royal physician, and he says that there is absolutely no chance of his health improving. His days are numbered. And it is up to us, to think about the future of the royal throne.”

“What do the astrologers say?” asked one of the noble men.

“Why ask the astrologers? Haven’t you seen the comet that has been appearing in the sky, for the past few weeks? They say whenever a comet appears, there will be death in the royal family,” said another.

“I have asked the astrologers as well, and they say that the king might live for some more time. Anyway, we will have to decide who should ascend the throne next,” said Pazhuvetarayar.

“What is the use of discussing that now? Aditya Karikalan was made the Crown Prince two years ago,” said one of the noblemen.

“True. But before he took that decision, did Sundara Chola consult any of us? We all have stood by the Chola Kingdom with loyalty and have sacrificed our sons and grandsons in the battlefield. Even now warriors from each of our clans have gone to Elangai to fight for the Chola Kingdom. Don’t you think we deserve the right to be consulted about who should be the next heir to the throne? Even King Dasaratha asked his council of ministers, before deciding to crown Rama. But our Sundara Chola didn’t think it necessary to consult anyone…” 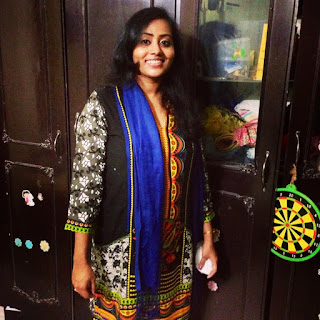 “Sumeetha Manikandan is a top bestselling romance author whose novellas ‘Perfect Groom’ and ‘These Lines of Mehendi’ (which was published as a paperback novel called ‘Love Again’) have been on the top of Amazon India charts ever since its publication. A bookaholic, thinker, feminist and a daydreamer, she reads across genres and is a crazy fan of history, romance and science fiction novels.

An avid reader of historical novels, she has been translating Kalki Krishnamurthy’s classic Tamil novel Ponniyin Selvan for the past ten years and hopes to translate more of his novels to English.

Sumeetha is married to filmmaker K.S. Manikandan and lives with her nine-year-old daughter in Chennai.”

You can stalk her @