Riddhimaan has made a place in my heart as he tries to find himself in “A Thousand Unspoken Words” and today I talk with the multi-talented, lady behind his story – Paulami Duttagupta. Author and screenwriter with much more talent up her sleeve. Today I welcome her  as we discuss the book , the hero and much more.

Musafir was obviously the first choice for the title. But then as the story progressed, there were unspoken words left in every character. Tilottama has a lot to say to Musafir but her ego gets the better of her.

Riddhimaan has a lot to say to Tilottama but he chooses to live under Musafir’s shadow. Krishnakoli has unsaid things and bids a sudden goodbye to her loved ones. That is where A Thousand Unspoken Words won over Musafir. Probably the only time when Musafir was overshadowed by the needs of the other characters :- )

Q2 – The cover reflects the book so well, how did you decide on it? Who helped you design it?

The credit of connecting the cover to the sense of longing and pathos in the book goes to Dipankar Mukherjee and Readomania. One look at the sample cover and I knew that face on the cover was my Musafir. It was like falling in love for the second time.

Q3 – Tell us about your experience and association with Readomaina, they are a new yet visible publication house today?

I have been part of four books by Readomania. It started with Rudraksh that made me write mythology for the first time. I have also contributed for Defiant Dreams a personal favorite and When They Spoke that helped me to ease my pain. And of course there is A Thousand Unspoken Words. What I like about Readomania is the professional and transparent nature of working. Also Dipankar is accessible and it is always easy to discuss plots and anxieties about the book with him. I have also met four brilliant editors while making each book and they are essential in making my stories read good. The distribution is a plus too and I was elated to see my books at leading book stores across cities. I hope they make more books with me…for a writer life becomes easier if there is a publisher around :- )

Q4 – How did you choose the names, Riddhimaan, Musafir and Tilottama.  Do have a specific reason or process for choosing names?

Musafir was not a choice. Musafir forced me to write about him. Actually Musafir is inspired from Sachin Dev Barman’s famous Wahan Kaun Hai Tera from Guide. Riddhimaan was because I have an immense admiration for the name Maan. But it being more of a Punjabi name it wouldn’t fit the story line. Riddhimaan was offering me a perfect bet. Tilottama came in much later. I did not know what to name her exactly. The Tilottama happened from Tilottama Kolkata. Somehow Tilottama is like the city she lives in. Has her share of the good, bad and ugly.

Q5 – You dabble in many areas, tell us about your work and what keeps you going? Where does your passion lie?

My passion lies in cinema. I am not a very focused person. From Spanish to swimming to gymming passions have come and gone. But cinema has stayed with me and has helped me grow as a writer and a person. The challenging part about a full time writer for a disorganized person like me is time management and discipline. I lack in both and then there is a mind that runs in multiple directions. I just try to set small deadlines and sail through, with hiccups at most times.

Q6-  What are you working on right now? What is in store for your readers?

I am working on a couple of screenplays and adaptation Onaatah of the earth that recently won the national award into a novel. We have a September release in mind.

Thank you so much for conversing with me.

Thank you, Paulami, my best wishes for your future endeavors.  Look forward to reading your other works.

A Thousand Unspoken Words
by

A hero, a person who displays great courage for the greater good, can also fall. But what happens to a fallen hero? A Thousand Unspoken Words is the unique journey of a hero who falls.The champion of the underdogs, the writer who uses the nom de plume Musafir is famous in Kolkata. His incisive criticism of the injustices around him earn him many enemies but he holds his ideals above all else. Scathing attacks at his books and a night of hide and seek from political goons leads Musafir unto a path he never liked, faraway from his ideals. He runs away and chooses the comforts of money over the travails of following one’s ideals. The hero falls.

But Tilottama, passionate fan’s hopes don’t. When he comes back after many years, emotions, love and lust take charge and an affair brews. Will she bring back her hero? Will he rise again? Or will the thousand untold words, the many stories of the ideal writer be lost forever? 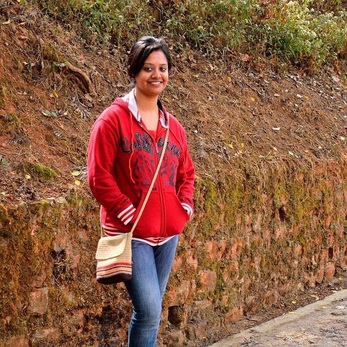 Paulami DuttaGupta is a novelist and screen writer. She shuttles between Kolkata and Shillong. She has worked as a radio artist, copy writer, journalist and a television analyst at various stages of her life, having been associated with AIR Shillong, The Times of India—Guwahati Shillong Plus, ETV Bangla, The Shillong Times, Akash Bangla and Sony Aath.As an author, her short stories have appeared in various anthologies and literary magazines. A Thousand Unspoken Words is her fourth book. Paulami also writes on politics, social issues and cinema. Her articles have appeared in Swarajya, The Forthright and NElive.Paulami is associated with cinema and her first film, Ri-Homeland of Uncertainty received the National Award for the Best Khasi Film. Her second film Onaatah—Of the Earth is at post production stage and will release in 2016. She is currently working on her third screenplay. A short film tentatively titled ‘Patjhar’ is also in the pipeline.

Paulami is a complete foodie and is almost obsessed with watching one film every day. She also loves reading—political and social commentaries are her favourite genre. Literature classics and books on cricket are also a part of her library, apart from a huge collection of romances. Jane Austen’s fictional character Mr. Darcy is her lifelong companion. She is an ardent fan of Rahul Dravid and has been following all news about him for almost twenty years now.

Everyday new links and tasks will be added. Follow The Tour Hosts of ATUW by +PaulamiDuttagupta