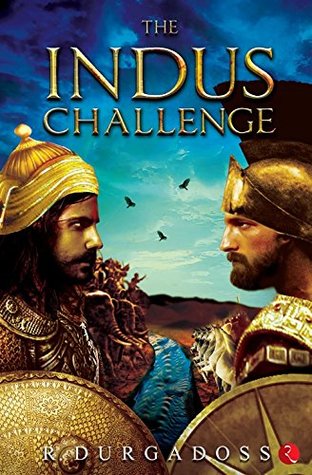 Blurb
Bharat is in chaos. While the kingdoms fight each other, Alexander’s forces gather for the assault, their leader lured by tales of supernatural weapons and the elixir of immortality. Only one man can save the subcontinent from domination by the Greeks: the young Chandragupta Maurya, trained under the aegis of the ‘dark brahmin’, Chanakya.
When an ancient seal is found, sharing the secrets of the brahmastra, the redoubtable weapon of the Mahabharat, it is up to Rudra, young commander of the Mauryan Nava Yuva Sena and lifelong friend and confidante of Chandragupta, to decode it. Along with his fellow commandos, and with the able guidance of his guru, Rudra embarks on a quest that takes him from the snowy peaks of the Himalayas to the seas of Rameshwaram, hunting the clues that will lead him to the brahmastra. On the way, he meets the Chiranjivis, ancient beings tasked with divine duties, and learns the secrets behind his own birth and his mysterious powers.
But Rudra must be careful, for not all enemies were dispersed with the death of the mighty Alexander. Treachery lurks in the home, and when Rudra is framed for the attempted murder of his sovereign, he must pull every trick at his disposal to reveal the enemy, and save his kingdom from plunging, once more, into bloodshed and chaos.
A historical, mythological adventure story, The Indus Challenge is sure to appeal to readers interested in the storied past of India and the legends woven into its soil. 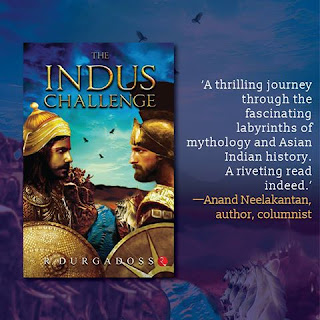 Read an excerpt of The Indus Challenge here:
Prologue

330 bc
The Macedonians and Greeks came with Alexander the Great to the Hindu Kush range. They were mesmerized by the land of the gods, snow-covered, forested mountains higher than Olympus. The sun rising and setting among the glistening peaks painted a breathtaking picture. They were entranced by the stories of the magical kingdoms of the air; of the heavens; of Vishnu and Shiva; of cities in the sky inhabited by sky demons. They were fascinated by the story of Surya, the sun god, who galloped across the sky each day in his golden chariot, pulled by the five horses, while down below in the dark bowels of the earth were giant serpents, red-eyed, flesh-eating demons and other creatures of the underworld.
It was at this time that the people of Bharat were looking inwards, while the Macedonians aggressively explored outwards and wanted to conquer the world. The kingdoms of Bharat were threatened by the aggressive Macedonians. No king or kingdom was free from the aggressor’s attack. Fragmented kingdoms, disunity and distrust among the rulers made these kingdoms an easy target for the Macedonians.
During this period, several events are shrouded in mystery—what brought Alexander to India? How did he die at such a young age? What were the origins of Chandragupta Maurya? How did a young lad of humble origins take on a mighty king? How did a poor Brahmin pundit help a poor young man rise to power from nowhere? What extraordinary powers did Chandragupta possess that made him so successful? Who were his key generals? Who won wars for him? The questions are endless.
There are several seemingly unconnected dots, as the history of this time is shrouded in deep mystery. Rudra effortlessly unlocks the ancient secrets and aligns the unconnected dots. Mystery unravelled; secrets decoded…
In the second avatar (Janam Two) as Rudra during the tumultuous times of Alexander and Chanakya, he offers stunning clues and revelations. His decrypting skills leave a trail that answers several mysteries in our rich history.
At last, Rudra, heading the Nine Unknown Men Army (NUM), has arrived to decode the secrets to save humanity from cataclysm and extinction.

Parthiva year, 306 bc, Kartika (November) month, Friday evening.
The Massaga fort in the Hindu Kush had surrendered to Rudra, the commander-in-chief of the Mauryan army. He was taking stock of the situation. At this hour, a cry hit his ears. ‘Meri raksha karo! (Please save me from the barbarians!’) A woman’s shrieking voice reverberated against the mountains.
‘Why does this lady cry so?’ asked Rudra, looking curiously at his companion. He turned in the direction from where the voice was coming. To his surprise, he saw two cages in which two persons stood, chained. There was a young woman around twenty-two years old, and in the other cage was a bright young lad.
Rudra looked at the cage closely. The woman was gorgeous, seductive, shapely. Her hair was kohl-black, and cascaded over her shoulders. She had thin eyebrows, velvety eyelashes, sea-nymph ears, a sharp nose, shiny white teeth, almond-shaped eyes and glossy skin.
She was wasp-waisted, and her pouting, luscious lips conveyed her displeasure. Her hips and bust were almost of equal size. Her perfect shape reminded him of many icons of beauty he had seen. Her fleshy rounded back attracted his attention.
Rudra realized that he was going overboard ogling at the young women. But in spite of her beautiful features, she seemed to be a fading flower, possibly due to her weakness and exhaustion.
He turned his head towards the surrendered commander of the opposing army, Dharma Sena.
‘Dharma Sena, who are these caged persons?’ asked Rudra.
‘Forget these idiots, Commander. Let me take you round the fort.’ Dharma Sena said, ‘This is Massaga, the great fort city of the Asvakas, the tribe of horsemen. To the south and west are gigantic rocks which defy climbing. To the east is the swift-flowing mountain torrent, the Masakavati river. This famous fort is situated on a hill 6,000 feet high and has a circumference of twelve miles. At the top of the fort, there is arable land requiring a thousand men to cultivate it. This land is capable of feeding more than 30,000 men indefinitely. There are also perennial springs and reservoirs. Every hill here is a natural fort, Commander. Every man here is a horse soldier, Commander. A mighty rampart of stone, brick and timber surrounds the fort, which also has a moat on three sides and the river on the fourth.
‘Commander, “Masika” means “serpent’s hole”, a name indicating the supposed impregnability of the fort and the valour of its defender.’
‘I realize how impregnable your fort is, Dharma Sena. I had to use my best skills to tame you and your fort. By the way, I am impressed by the seven gates leading to the citadel. Can you give me an overview of your fort, Dharma Sena?’
‘You have sharp eyes, Commander. You noticed our seven gates? I am impressed. Let me show you around.’ 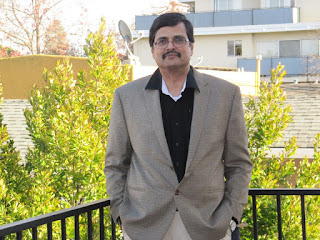 A consistent Top Rank holder and a Gold Medallist throughout his academics, Mr. Durgadoss has had a career spanning 30 years comprising of depth from industry and width from management consultancy as highlights. He has held various senior management positions in top notch companies. Having travelled extensively on consulting assignments, he has interacted with prominent International Bodies like the UNIDO, Investment Bankers and companies held by Professors of Harvard Business School. He has a rare exposure to multiple cultures namely, MNCs, Home grown large groups, family concerns and public sector undertakings during his career. He is blessed with 360 degree analytical skills, which in turn emanates from his all round experience as a Functional head, General manager, Entrepreneur and a Board director. He is an advisor on the board of Directors of several companies benefiting the organizations with his remarkable cross functional skills and his up to date knowledge. Currently he is the Group Director – Finance and Strategy, House of S.T.Bhatia, United Arab Emirates (UAE). In addition he is the chief mentor, coach and Co – Promoter of Icon Management Services (IMS), UAE. Unceasing ‘Value Addition’ and not just ‘Validation’ is the mantra of success for IMS, a multi – disciplinary management consultancy organisation. He has multi-sectoral / cultural/ territorial/ functional exposure with proven track record of success. He is a PhD on Corporate Governance which involves CSR dimensions. He has delivered several lectures in various forums on Character, Competence and Consciousness (3Cs) towards the society and also has several articles to his credit.
Track travelled…
Raising the altitude from a functional entrant to a functional champion, extending his width as a management consultant of a Big 4 firm, he took up the profit centre head position, with a challenging revival assignment in the mid nineties.
Then he moved up to the entrepreneurial mode by taking up the role of a Managing Director of a new venture. Due to several macro economic factors, the venture went into deep trouble. He faced the worst disaster of his life on this venture, losing money, peace and friends, who invested along with him. From the brink of bankruptcy, he fought back to reach the basin of wisdom & wealth in the current assignment as the Director of a large group based in Dubai. The turbulence he went through during this phase tested his character & confidence. Now, along with Dr. Yerram Raju, his co-author, he has penned down this book on Character driven Competence, which elucidates practical ways of ‘Winning without Sinning’. He always says ‘Momentum leaders don’t wait for the waves; instead they build their waves and ride on them’.
After having fought the greatest wars in the deep chambers of his soul, he came triumphant, obtained his PHD in Corporate Governance and now presents the book with the worldly wisdom, gained by him during his career.
‘Experience is the greatest from of Education’ says Dr. Durgadoss.