Steel Within Silk – Book Review : AMONG THE FAIR MAGNOLIAS 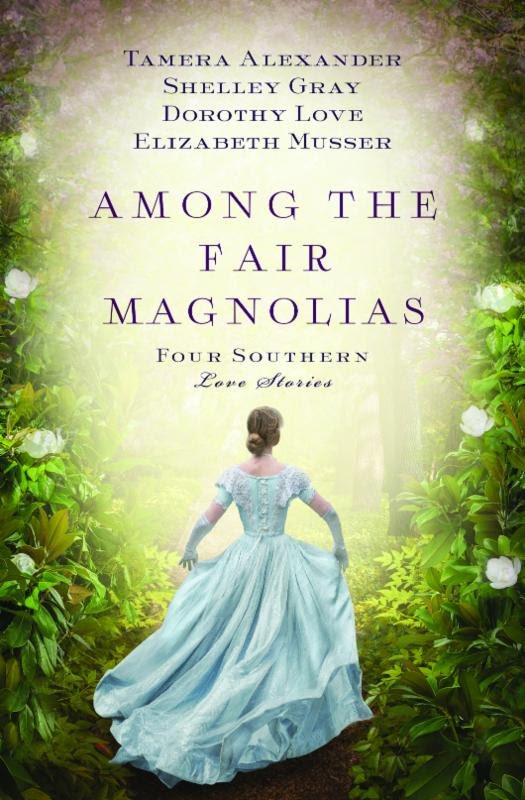 About the authors:
Tamera Alexander is the best-selling author of numerous books including A Lasting Impressionand The Inheritance. Tamera is a two-time Christy Award winner, two-time RITA winner, and a recipient of the prestigious Library Journal Award. A native of west Tennessee.
website, Twitter,Facebook
Dorothy Love makes her home in the Texas hill country with her husband and their golden retriever. An award-winning author of numerous young adult novels, Dorothy made her adult debut with the Hickory Ridge novels.
website,Twitter, Facebook
Shelley Gray is the author of The Heart of a Hero series. Her Amish novel (written as Shelley Shepard Gray), The Protector, recently made the New York Times best seller list.
website, Twitter, Facebook
Elizabeth Musser, a native of Atlanta, Georgia now living in France, is a novelist who writes what she calls ‘entertainment with a soul.’ For over 25 years, Elizabeth and her husband, Paul, have been involved in mission work with International Teams.
website,Twitter, Facebook

(I received a copy of the book from Litfuse for an honest review.)