BeachBoundBooks is pleased to be coordinating a Book Blast for the middle grade fantasy written by P.H.T. Bennet, Raising Sleeping Stones (The Orora Crona Chronicles, Book One). The blast will run June 20 – June 22, 2016.

When sisters Kiva and DeeDee Stone discover a mysterious plot that threatens them and everything they care about, they have to take a crash course in the ancient art of DreamKeeping to survive. As two elder DreamKeepers lead them up the Varruvyen river to the Eyle of Return, they show the girls how to gain dream powers greater than anything they had ever imagined. But can they become strong enough to face the monsters that haunt their dreams at night, strong enough to fight the enemies that draw nearer each day? The answer lies somewhere in the broken history of Orora Crona, the Valley of Dreams lost centuries ago, and whoever can piece it together first will rule for centuries to come.

Kiva looked closely at the sun’s golden face. Wavy rays representing shimmering heat radiated out from it. Its cheeks were plump, the lips full and curved, the nose wide, and the eyes were a little almond-shaped, like hers. In the middle of its forehead was a weird circle with six curving parts swirling around a six-pointed star. She’d never seen the sun drawn like that. Wondering what was on the back of the pendant, Kiva turned it over.

The instant she saw the moon’s closed eyes, her hair flew back in the wind, her stomach dropped, and she was pressed back against the cushions of a vessel that was flying just inches above the river. She jerked her head back up and found she was in the back of a crescent-shaped boat piloted by an old man sitting up front. She was about to call out to him when he pointed at a tree that had fallen across the river and shouted, “When you get here, you must take a detour that even old Jacques didn’t know about! Hold on!”

Before she could, though, he turned the boat around so quickly that Kiva was thrown against the side of her boat and the wind was knocked out of her. She only got her breath back when he straightened out and followed the river back down.

“Look there!” he shouted moments later. “Turn right between the tall twins!”

What others have to say…
“Raising Sleeping Stones is a beautiful visual/musical tale about confidence and creative thinking.” – Stephanie R. (Amazon) “Great adventure tale that is both coming-of-age story and testimony to the power of dreams.” – Thomas G. (Amazon) “I was enthralled by this book from beginning to end. Truly connected with the intent and purpose behind the story, as well as the strong concept of dealing with dreams. I would definitely recommend this app…” – Amazon Reviewer “Both allegorically and psychologically the author deftly explores the richness of young people’s emotional lives. I read this story both in its app form and on Kindle. The book is beautifully illustrated and in its app form adds a great sound track. A wonderful book!” – Edward D. (Amazon)

About the Author: P.H.T. Bennet

P.H.T. Bennet began exploring his dreams when he was a child and has never bothered to stop. He had the good luck to have two daughters, Juliette and Paola, who not only served as the inspirations for DeeDee and Kiva, the main characters of Raising Sleeping Stones, but also helped him turn their family dreamwork sessions into this book. His lucky streak grew when he married his lovely wife, Mim, who tolerates his turning on a light in the middle of the night to write down ever-crazier dreams and talking about them in the morning as long as he lets her sleep in, first. His favorite dreams involve flying, visiting the dead, and replaying nightmares until they reveal their secrets. Pratt’s latest projects are editing Book Two of the Orora Crona Chronicles and planning a virtual summer dreaming camp with other dream authors.

Prize: One winner will receive a $25 Amazon gift card or $25 PayPal cash prize, winner’s choice Giveaway ends: July 4, 11:59 pm, 2016 Open to: Internationally How to enter: Please enter using the Rafflecopter widget below. Terms and Conditions: NO PURCHASE NECESSARY TO ENTER OR WIN. VOID WHERE PROHIBITED BY LAW. A winner will be randomly drawn through the Rafflecopter widget and will be contacted by email within 48 hours after the giveaway ends. The winner will then have 72 hours to respond. If the winner does not respond within 72 hours, a new draw will take place for a new winner. Odds of winning will vary depending on the number of eligible entries received. This contest is in no way sponsored, endorsed or administered by, or associated with Facebook. This giveaway is sponsored by the author, P.H.T. Bennet and is hosted and managed by Stacie from BeachBoundBooks. If you have any additional questions feel free to send an email to [email protected] 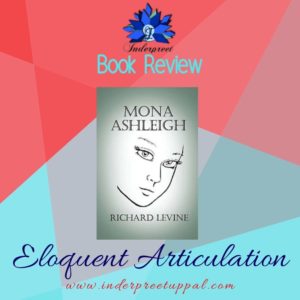