Ode To Love #BookReview KEY TO MY SOUL @probalmazumdarJ 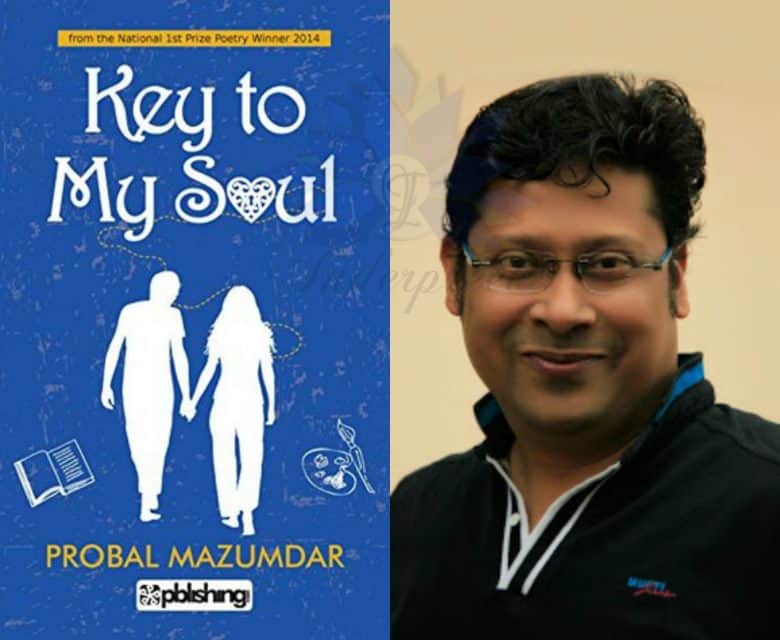 Key to My Soul is an out and out love story. The journey of a man, who learns of his long lost sweetheart has met with an accident and is critical in the same town they had initially met as school sweethearts. His quest to find her, and to get that feeling of love once again is the crux of the story.

The book is an ode to his one true love, the sweet, beautiful, generous Hazel. He receives a mysterious phone call and is informed of the love letters Hazel had written to him as well as the reasons for their breakup. The story is fast, almost in every chapter, there is a new revelation or twist in the love story.

The book is a poignant reminder of true love and the acute loss both Hazel and Siddharth feel once they are separated. The letters help unravel the mystery of their breakup when Siddharth reads them. Letters that show the obstacles both of them faced and how they cannot move past each other in spite of them.

Abuse, crimes, injuries, accidents, a broken marriage, an incomplete life and the acute melancholy that surrounds the lovers makes you root for both of them even when their union seems impossible. The path to love is never easy but Probal has written about so many layers of love in the book that it is a sweet read.

I did find the attacks on Siddharth and his father a bit too ‘filmy’,  typical Bollywood style. Also, I felt his father could have been more forthcoming about the sudden change that happened as well as the violence. However, since the book moves from their teenage, as parents we tend to shield our kids from evil as much as possible. Hazel’s mother did the same to protect her so it does work for the story.

The added depth of characters as they interact with the parents, friends and the wife made for a good read. The storyline reads true to life, the small town feel making it more realistic and almost like a friend’s love story.

Probal has spoken about the book here  and I agree the book is for reading about love at leisure and rooting for love.

Key to My Soul (Kindle Edition)

“When Siddharth, a lonely young man with a failed marriage gets a sudden phone-call from a mysterious person about his lost childhood lover, Hazel, and learns that she is battling for life, he is shaken to the core. He also learns that she had left certain letters for him fifteen years back that never reached him. It disturbs him so much that he rushes to the hospital in his old hometown. There he discovers an eclipsed past buried in time that is riddled with dangerous surprises, trauma, twists of fate, sacrifices that exemplify true love and the real reasons for the tragic end of their childhood love story. But will Hazel ever open her eyes to see him…”