I welcome Karan Sharma on the blog. He is the author of the popular book IT HAPPENS which deals with the relationship between a younger man and older woman. Men have never been checked on having a much, much younger partner but women not so much. With many famous people around us having younger spouses I think is slowly being accepted in the traditional sections of our society as well.

Your book, It Happens explores a relationship between a younger man and an older woman, do you think celebrities like Sachin or Aishwariya have made this more acceptable in our society?

Every relationship is different from each other. Celebrity marriages do give a precedence but I don’t think the general society relates to it on a personal level and makes an example of it.

Common man always feels that celebrities can do anything and are not subject to as much scrutiny as a normal person would be from the society. You have for example Saif Ali Khan who earlier married Amrita Singh who was 10+ years elder to him and now he is married to Kareena Kapoor who is 10+ years his junior. Don’t think though that he is made an example in general conversation.

However, as my book points out, there are some practical questions which are asked of an age gap relationship especially where the woman is the elder one. If logically one debates such a relationship, it is very difficult to justify it and that is where the conflict between the mind and heart comes up.

Thank you, Karan for your thoughts. It is so interesting to explore human relatioships. Such challenges and twists! I wish you all the very best for your future books. Keep Writing.

IT HAPPENS
by
Karan Sharma 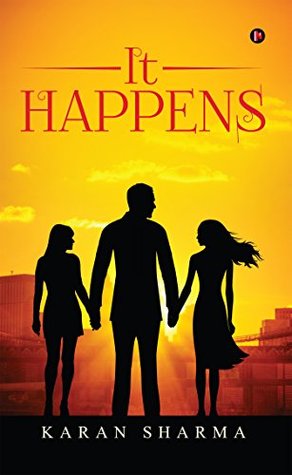 Blurb
During our childhood days, we tend to have these crushes on people older than us that fade as we grow up. We never act upon them but they remain as memories that we always cherish.
But what happens when two adults with such an age difference fall in love?
It Happens is a story about how Gautam, a twenty-five-year-old upcoming professional and Roshni, an unmarried thirty-seven-year-old senior management member working in the same multinational bank, face this very question. Can two people with such a vast age difference be compatible?
The story is a romantic comedy that explores this situation in a light-hearted way as they fall in love, get laughed at by their friends and then develop cold feet, thinking about the repercussions their age difference could have on their marriage. Since this happens in India, where marriage is a major social issue, the plot holds further intrigue.
They say love is blind and makes one think with the heart, rather than the mind. Will two smart professionals make a mistake by doing so? Or will they listen to their logical senses at the last moment to avert what may be the biggest blunder of their lives?
It Happens…
Grab your copy @
Amazon.com | Amazon.in | Amazon.co.uk
About the author 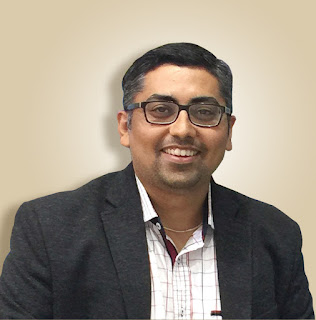 After more than twenty years of working in a highly successful family business and owning a popular brand in the interiors industry, Karan decided it was time to get into self-publishing—an idea that came to mind when he saw his son having so much fun reading books. It rekindled a latent passion for writing that he had developed after his college days, leading to his first book. It Happens, along with other books that will come out in due course, will be a testament to his storytelling and creative skills.
Karan has a beautiful family with two young boys, Aakash and Aayansh, and Aarti as his lovely life companion. He is a commerce graduate and a battle-hardened businessman. His other passions include both playing and watching cricket and football, as well as being an avid traveller.
Stalk him @

More posts of It Happens by Karan Sharma